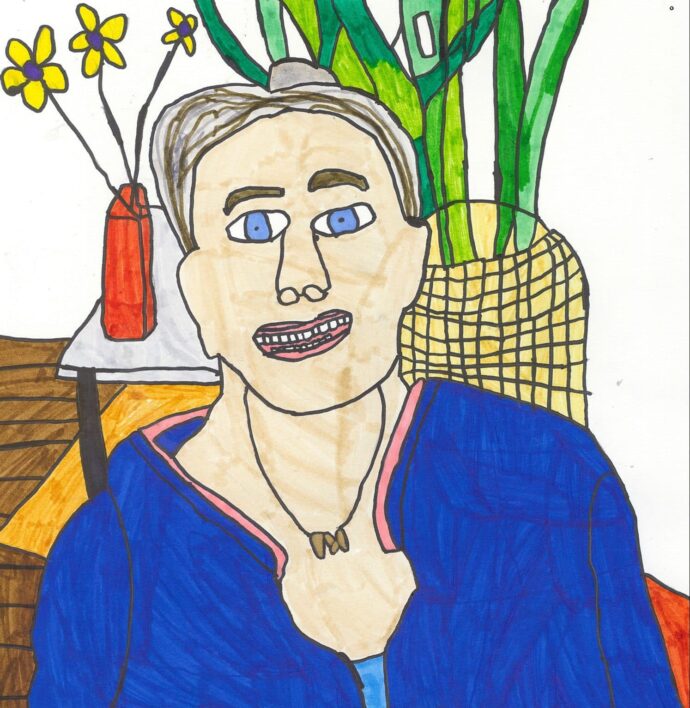 Last month, after 25 years with DADAA, and four years in her role as Digital Producer, Simone Flavelle made the decision to leave the organisation. DADAA’s Board, staff, and community of artists, would like to take this opportunity to acknowledge the extraordinary contribution Simone made to growing a vibrant, innovative, and sustainable Western Australian Arts and Disability practice that is nationally recognised.

Simone was instrumental in shaping DADAA from its earliest beginnings into the organisation it is today. When Simone directed the Empty Chair Project in 1994 it was the first significant Arts and Disability project funded by the Australia Council for the Arts in Western Australia. This project was a catalyst for the establishment of DADAA, which, 25 years later, has become the largest Arts and Disability organisations in Australia.

One of her strengths was the brokering of partnerships between DADAA, arts companies and disability sector organisations. In 2018-19 Simone was Associate Producer for the Black Swan Theatre Company, Perth Festival, and DADAA co-production of You Know We Belong Together, which was described by one reviewer as ‘…a necessary reclamation of disabled voice, delivered with the radical power of love, and a work of kindness and care which privileges the identities of the Downs community in their own image…’

Most recently Simone co-produced Experience Collider with CircusWA supported by Telethon and presented at the 2019 AWESOME Festival. Described as ‘a pure demonstration of collaboration. Genuine and delightful’, Experience Collider was underpinned by an evaluation led by the Telethon Kids Institute’s Quality of Life research team.

But it’s perhaps Simone’s commitment and work at the coalface of complex disability communities and her support of individual artists with disability to reach new levels of agency and artistic excellence, that was most significant.

Her longitudinal investment in award winning projects like the Lost Generation Project was integral to creating access to participatory arts practice for people with intellectual disabilities whilst at the same time, researching and developing new digital arts practices.

Simone’s vision and investment in supporting artists with disabilities and her contribution and influence within the National Arts and Disability sector are immeasurable.

Former Perth Festival Artistic Director (2016-19) and DADAA Board member Wendy Martin said, ‘On behalf of the DADAA Board I would like to acknowledge and thank Simone for the exceptional contribution that she has made to the success and profile of our artists and the organisation. Simone’s visionary leadership has enabled artists with disability to thrive and create game-changing work, particularly in film and theatre.’

Since 1994, Simone worked to develop DADAA, taking on multiple roles including Board Member and Co-Executive Director. ‘During this time, I had the enormous privilege of working with many Western Australian artists with disability to create new performance, visual and filmed works’, Simone said. ‘I leave DADAA to further develop this work with artists and film makers who experience practical and systemic barriers to participation and look forward to continued association with the organisation through my family’.

Simone is now focusing on her work in the screen diversity sector as Diversity and Inclusion Manager at Screenwest, as well as establishing her independent practice as a Producer and Consultant, and we wish her continued success in all her endeavours.