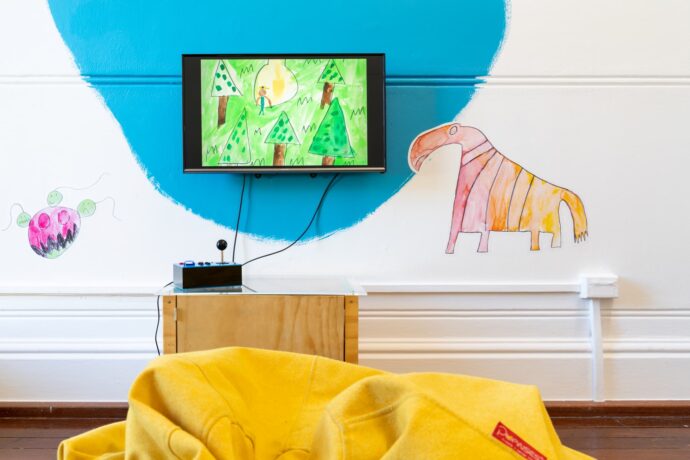 John was born in Darwin and currently lives in the Midland area. His mother, who is also an artist, is from Queensland with connections to Central Australia. John’s father is a Noongar man from the South West of WA.

Through his practice, John explores the interactive potential of animation and gaming as a way of telling his stories and sharing his love of pop culture and Japanese animation. “I love anime and manga. I read a lot of books, novels, comics, and cartoons. I also love all types of video games, and I also love to watch related stuff on youtube.” John dreams of travelling, with Japan at the top of his list of destinations where he can further explore his fascination with Japanese culture.

As John’s practice has progressed, he has become more interested in exploring world-building: each with idiosyncratic rules and inhabited by characters with special skills and abilities. John’s work, World Monsters, fills Fremantle Art Centre’s children’s education zone, offering a small glimpse into John’s carefully constructed world of gaming characters and fantastical creatures through a series works on paper which are then brought to life via a digital game.

The first prototype of this work and the console were acquired by AGWA for the State Art Collection in 2020. John was also recently selected to be part of the Ability Centre’s 70th anniversary exhibition which opens in July.